Showing posts from February, 2019
Show all

Why Boston Is Moving From Brownstones to High-Rise Condos 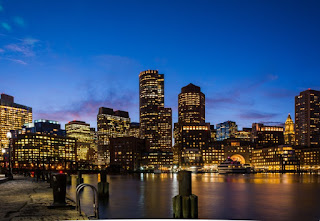 Boston brownstones may create the quintessential image of a Beantown neighborhood, but more and more residents are opting to pull up stakes and head to high-rise condos. Why the switch? Here's what Boston architecture buffs need to know about the city's ascension from rowhouses to luxurious residential skyscrapers.

Room for Growth
Building upward means room for more residents. After all, the city only has so much square footage, which means that any expansion eventually has to go vertical. As urban dwellers know, the downtown lifestyle is defined by lots of people bringing their energy, creativity, and brainpower to a relatively small space. This dynamic defines Boston, which is America's third most population-dense city, according to the Boston Globe.

Amenities Create Resort-style Living
As ever more high-rises dot the skyline, these buildings expand beyond condos to include retail space, entertainment, eateries, and amenities such as spas and gyms. This lifestyle at…
Post a Comment
Read more
More posts

Vanko Studio Architects
Vanko Studio Architects designs buildings for multifamily homes, hospitality services, churches, and businesses. Based out of Boston, MA, we are a full-service design firm and practice throughout North America. We strive to design buildings that give back so that everyone involved in the process can benefit. We have experience in the PIP process and provide budget-conscious and brand-compliant designs, plans, and renovations while keeping the community and history of the building in mind.