The "triple decker" is Boston's most iconic architectural artifact, and  a testimony to the economic boom a century ago. The modest homes provided the base for hard-working families--generally, immigrants--to pursue their version of the American dream.


Laid out as three or six, stacked flat units, the buildings tended to be long and narrow. Generally unconnected to their neighbors, the freestanding building afforded light and air to enter the building in all directions, and characteristically provided front and/or rear decks for occupants to grab some fresh air. Like perforated blocks, the flat-roofed, the buildings created a predictable street rhythm and neighborly dialogue between pedestrian and inhabitant. It was the perfect Victorian model of workforce housing and the backdrop for Boston's boom.

En masse, the triple decker ruled Dorchester,  Roxbury, Jamaica Plain, and Roslindale, with thousands of blocks being created until the early 1900's. Built like tanks, the homes beautifully endured decades of family use, adapting to the stylistic swings of the 20th century. Modifications were generally limited to kitchens and baths due to the inflexible layout the center bearing wall created. Kitchens tended to be located in the rear of the building, small and hobbit-like, with access to a rear stair. Long corridors connected the unit entry to the kitchen, and, often, a living room overlooking the street. On the outside, many triple deckers received new aluminum or vinyl skins simply fastened over the peeling paint on old growth cedar clapboard, vinyl replacement windows, and bent aluminum sheets concealing ornate cornices. Without a doubt, the forms have stood the test of time and adapted to 21st century needs.

Tragically some triple deckers did not make it. Fires selectively removed buildings, and economics did not replace them (the neighborhoods could not sustain the cost of new construction relative to the built value), at least, not until now. With Boston's largest building boom in 100 years, the last decade of growth has pushed the needle of viability and the triple decker has benefited. Meaningful renovations are concurring, adapting dilapidated beauties into new homes ready for the next 100 years. But it is the vacant lots, the places where homes were lost that real opportunity exists. We are not saying that a 21st century renovation does not create an excellent building with updated insulation, systems, amenities, layout, and claddings, but a new build--if done well--elevates the triple decker into a state-of-the-art machine for living, complete with the accoutrements of your boss's Lexington mansion and the sensibility of  your wise, old grandmother.

So how do you improve upon perfection. Well, don't go that far! The triple decker is by no means perfect. Remember that center bearing wall that limits modern room layouts? And the rear-facing kitchen being a mile from from the living room? All true. The historic triple decker suffers from ailments that the modern triple decker can avoid: within the same type of volume, same building width, and same scale, we are able to achieve modern expectations, and, do much better. Whether it is net zero energy consumption or PassivHaus, the triple decker has the ability to lead the world as the perfect urban house. Yes, we are serious.

Popular posts from this blog 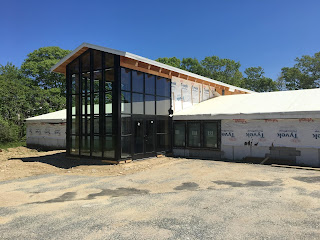 Until recent years, church architectural trends were fairly homogenous. Lots of dark wood, dim lighting, and cramped meeting areas prevailed. As seen in some of the top church design trends of 2019, millennials are embracing the opportunity to transform the traditional concept of churches into big, bright facilities that draw guests in for both worship and fellowship.

Welcoming Vibe
Instead of trying to incorporate thematic elements that many interpret as overwhelming or cheesy, recent trends saw simplification in newer church design models. By creating areas that are more like home and include features like natural light, sectionals, indoor plants, and fireplaces, churches aim to compel more visitors to grab a coffee, open their laptops, and get cozy.

Sophisticated Hospitality
From minimalistic stage sets to natural materials and neutral colors, churches are shifting from uninviting dark features to fresh, clean sophistication. Doing away with features that contributed to a busy…
Read more

Keeping It Simple: Hotel Design With Millennials in Mind 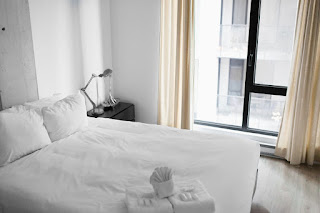 For decades, hotel design has reflected the preferences of Baby Boomers. According to the Pew Research Center, Millennials are expected to overtake Baby Boomers as the largest adult population in the United States sometime this year. As more members of this tech-savvy generation enter the workforce, their values are leading to more efficient habits and lifestyles. Based on recent trends in hotel design, the hospitality industry is following their lead.

Embracing Minimalism
Gone are the days of spacious closets, full baths, and large desks. Because Millennials tend to think of their rooms as just a place to sleep, hotels are cutting back on extras and introducing the small, bright, contemporary spaces they desire.

Socializing Workspaces
Although desks in hotel rooms have gotten smaller, workspaces have grown. More hotels are opting for larger lobbies with tables and outlets so guests can still work alone but in an open environment. To be more Instagram-ready, hotels have tossed ou…
Read more

Vanko Studio Architects
Vanko Studio Architects designs buildings for multifamily homes, hospitality services, churches, and businesses. Based out of Boston, MA, we are a full-service design firm and practice throughout North America. We strive to design buildings that give back so that everyone involved in the process can benefit. We have experience in the PIP process and provide budget-conscious and brand-compliant designs, plans, and renovations while keeping the community and history of the building in mind.